’They are seen only as a nuisance, swept hastily off, and driven as much as possible from the sight.’
‘It is not everyone,’ said Elinor, ‘who has your passion for dead leaves.’
Sense and Sensibility 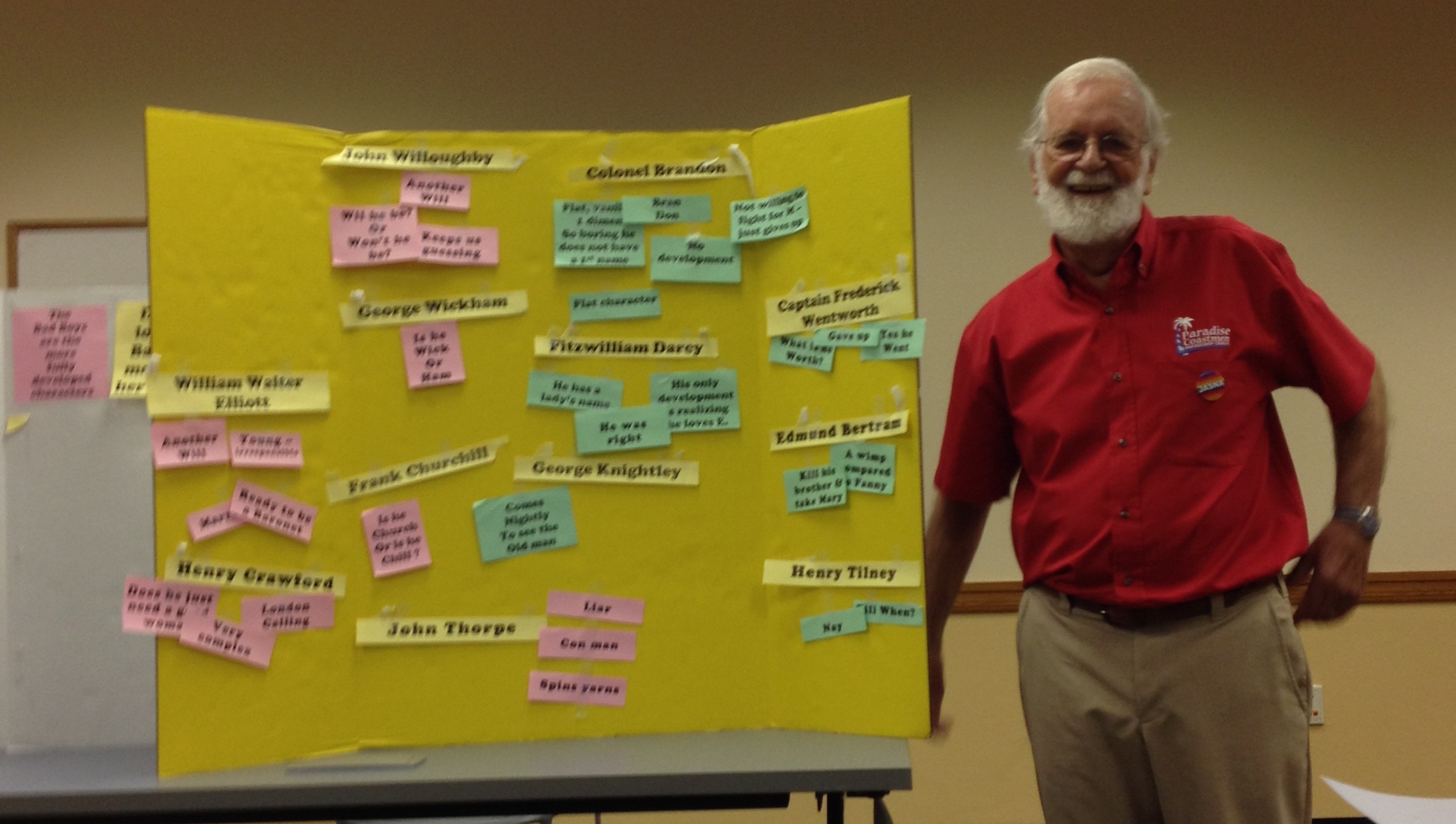 Our meeting  on January 18,2017 at the South County Regional Library in Estero, Florida featured Mr. Jerry Vetowich discussing “Jane Austen’s Bad Boys.” As Jerry noted, he is a long-time member of JASNA in New York and has a great love of Jane Austen’s works. Jerry began his talk by referencing Luigi Pirandello’s “Six Characters in Search of an Author” (see below); Jerry feels that Austen’s characters are real people and stressed the beauty  Austen created in her sentences.  Jerry pointed out how across the books are named alliterations; for instance, the use of “Will.” in William & Willoughby,  Brandon (boring Bran), Wentworth (yes he Went), etc.  He then showed a thought-provoking visual illustrating the contrasts between Austen’s “heroes” and “bad boys.” The members then enjoyed a lively discussion pondering whether Austen truly preferred her bad boys to her heroes (many members seemed to agree with Jerry’s assessment).

Excerpt From    Pirandello, Luigi.
“Six Characters in Search of an Author.”

“The Father.
Yes, that is the word!
[To Manager all at once.]

In the sense, that is, that the author who created us alive no longer wished, or was no longer able, materially to put us into a work of art. And this was a real crime, sir; because he who has had the luck to be born a character can laugh even at death. He cannot die. The man, the writer, the instrument of the creation will die, but his creation does not die. And to live for ever, it does not need to have extraordinary gifts or to be able to work wonders. Who was Sancho Panza? Who was Don Abbondio? Yet they live eternally because — live germs as they were — they had the fortune to find a fecundating matrix, a fantasy which could raise and nourish them: make them live for ever!”